Centre of equal daughters, equal sons, All, all alike endear’d, grown, ungrown, young or old, Strong, ample, fair, enduring, capable, rich, Perennial with the Earth, with Freedom, Law and Love, A grand, sane, towering, seated Mother, Chair’d in the adamant of Time. In 1951, an NBC Radio program called “Yesterday, Today, and Tomorrow” played a wax cylinder record described as the poet Walt Whitman reading the first four lines of his 1888 poem “America” (reproduced in full above) shortly before his death. The record, produced in the early 1890s in the infancy of audio recording technology, had been languishing in the Manhattan apartment of a collector and elevator operator named Roscoe Haley, until it was rediscovered and broadcast across the eponymous nation. If authentic, it constitutes the sole extant recording of the poet’s voice.

Unfortunately, wax cylinder records are easily damaged, and many can only be played a handful of times before they fade into incomprehensible static. Although cassette tape and later MP3 reproductions of the radio show were produced and disseminated, the original cylinder was widely presumed lost. Therefore I take profound pleasure in presenting, with this record, an immortal voice which has transcended time and death to reach you. Caroline Carlsmith, 2013 Installed at Heaven Gallery, Chicago, IL, Spring 2014 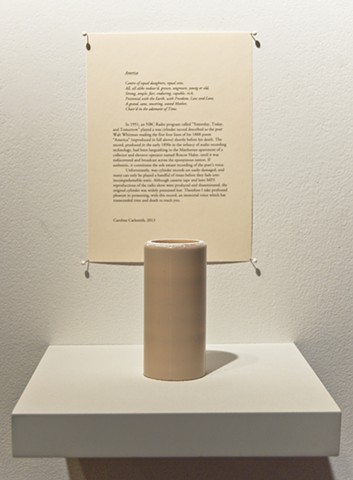 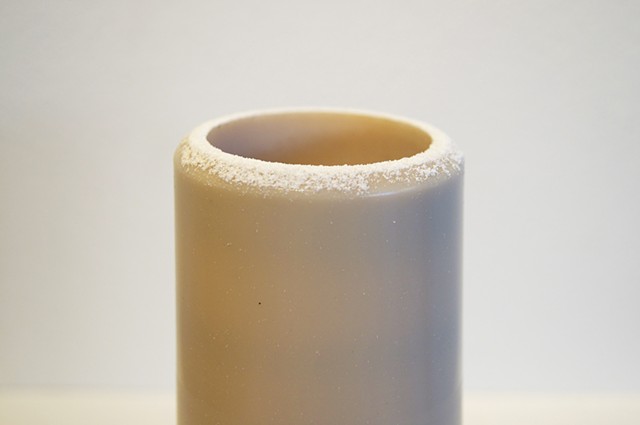